The Saint Paul Downtown Alliance works to ensure Saint Paul is continually thriving. One way we mark progress with our goals and initiatives is by diligently tracking our statistics!

Our Saint Paul Downtown Annual Reports include everything from tracking how safe and clean our downtown is by monitoring public safety stats, to how vibrant and welcoming it is with insights into our thriving bar and restaurant scene.

See how our city is blossoming year over year by reading through our annual reports! 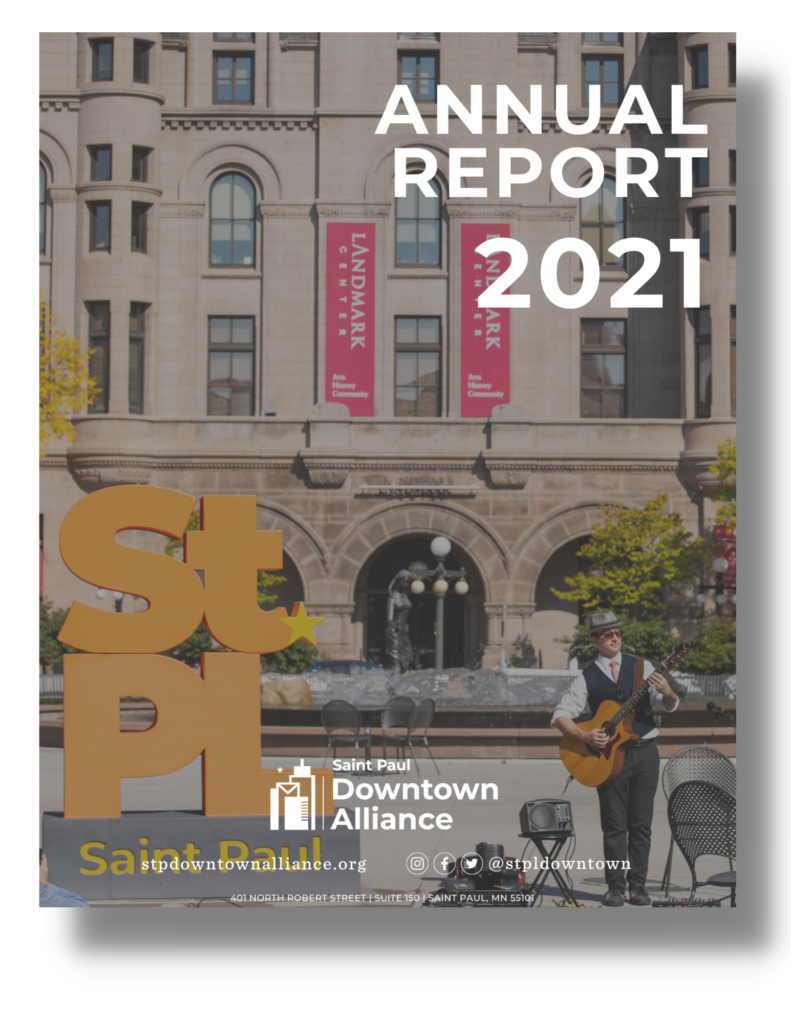 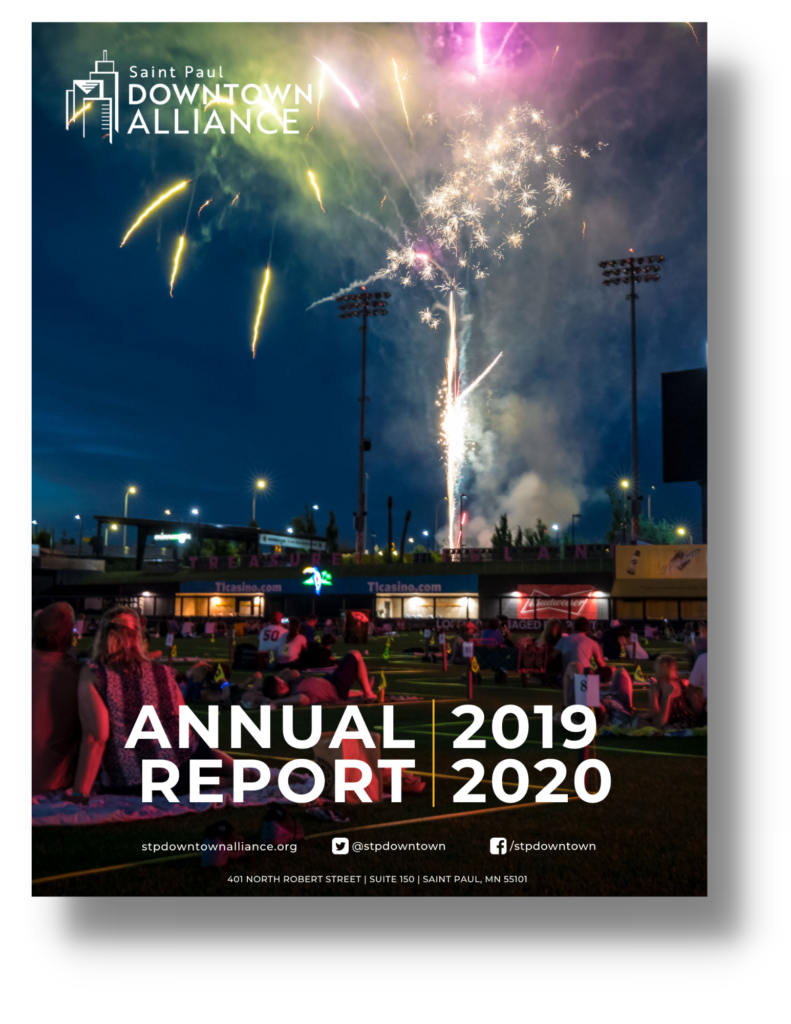 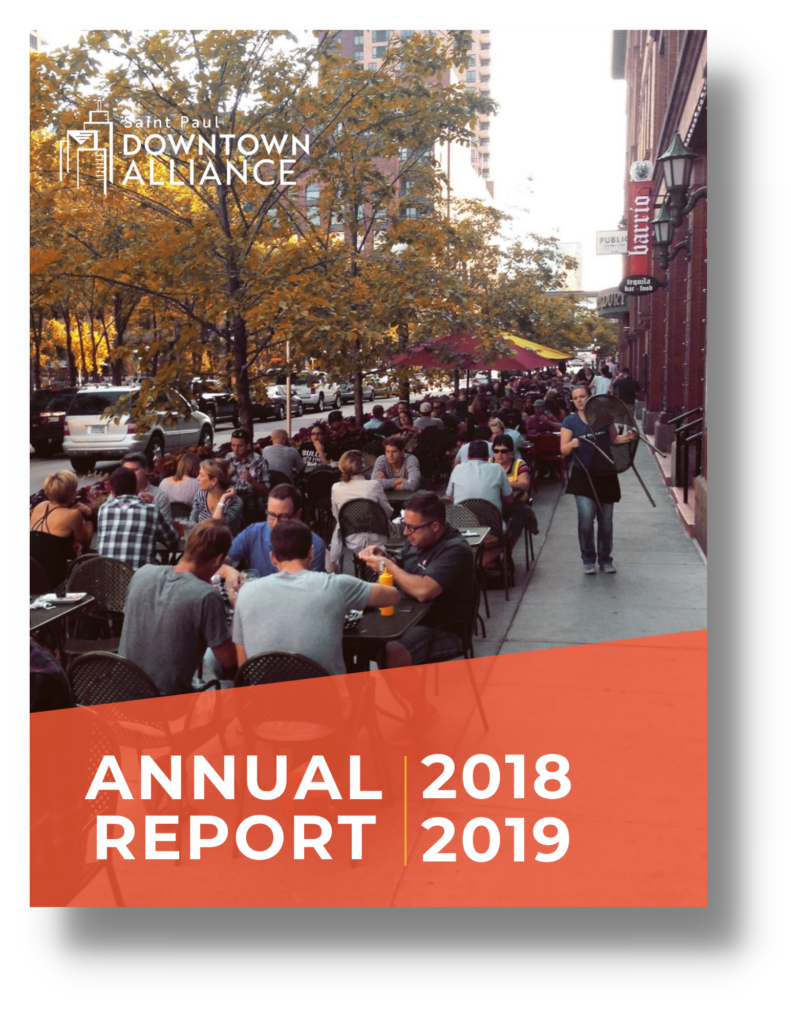 The Value of Downtown Comparisons

Downtown Saint Paul worked with the International Downtown Association to compare our downtown stacks up against 44 other downtowns and city centers as part of their Downtown Vitality Index.

Despite a relatively small share of a city’s overall geography, downtowns deliver significant economic and community impacts across both city and region. Beyond being great places, what key characteristics make a downtown vital, strong and active? Downtowns and commercial districts should have dynamic economies that create opportunity; make it available to everyone; and draw people for work, play, and living.

The IDA Vitality Index, powered by Stantec, functions as an interactive, online tool for benchmarking the vitality of downtowns across the United States. The Vitality Index builds on IDA’s pioneering research in The Value of U.S. Downtowns and City Centers, and measures vitality through three principles that study identified: Economy, Inclusion and Vibrancy.

Through these three principles, each comprising five core indicators, the Vitality Index aims to capture the pulse of the downtown and enable urban place managers to quantify and benchmark a district’s performance against peer cities. The Index uses a benchmarking system to understand how each of the three principles contributes to an overall combined score calculated by comparing each metric to the national average. Most valuable, it establishes a baseline and provides a data-driven method for a community to measure its improvement over time.

Downtown Saint Paul was compared to the peer cities of Austin, Birmingham, Cleveland, Fort Lauderdale, Minneapolis, Norfolk, Richmond, and Tampa, which were most similar to Saint Paul in terms of population, jobs and density. Despite its larger size, Minneapolis was included due to its proximity to and regional significance for Saint Paul.

The Value of Downtown: Comparisons 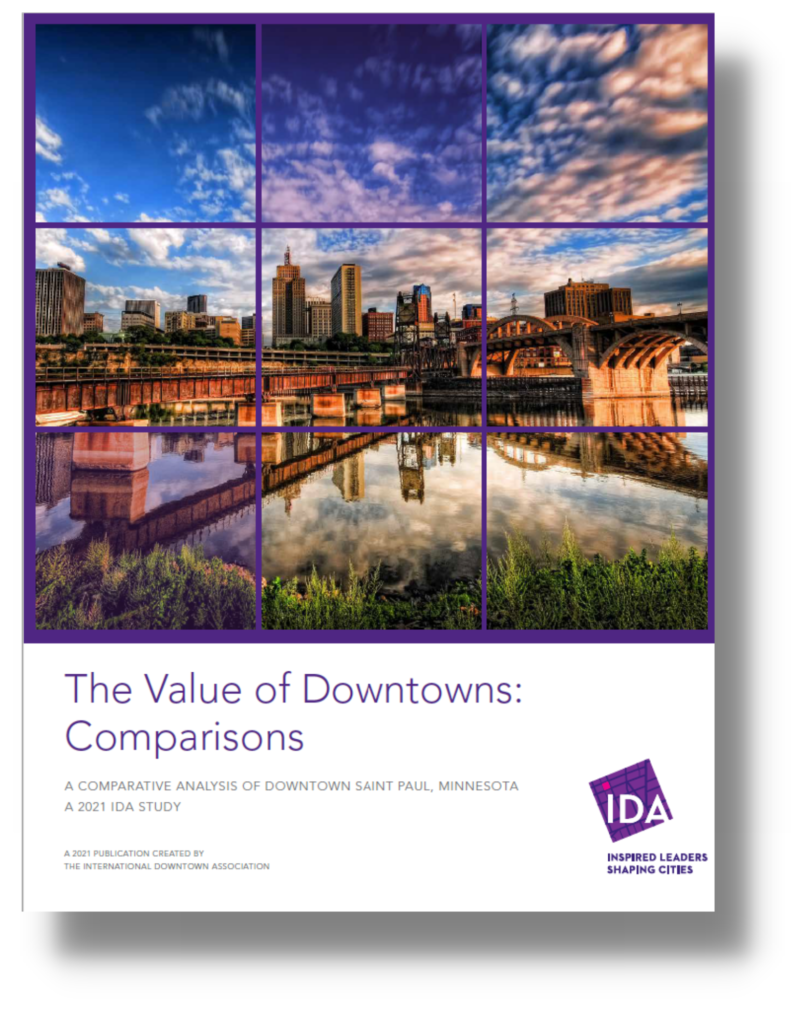 Want to get involved with Saint Paul?

Sign up for our newsletter and stay informed about our upcoming events.